Ferragamo: the enduring legacy of the Italian shoe dynasty 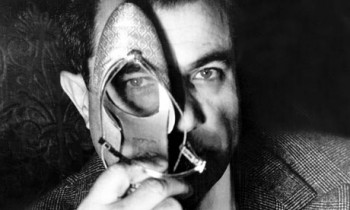 Ferragamo, inventor of the wedge, is the brand worn by women from Marilyn Monroe to Margaret Thatcher, and the only label ever to hold a fashion show in the Louvre. It might not be as infamous as other Italian surnames in fashion but expect to hear more of it this week. The brand – which has had a store in London since 1938 – will relaunch its expanded Old Bond Street space with a splashy party for 200 guests. The event, hosted by Ferruccio Ferragamo, founder Salvatore’s eldest son and chairman of the company, will see a 61m-long table erected in the Burlington Arcade, adorned with 10,000 roses and 500 candles, where guests will be treated to a feast. So far, so Italian.

Family is never far away in Italian fashion. While the Gucci soap opera, complete with family murders, has given way to a slicker operation under the stewardship of fash-glomerate PPR, real-life Missonis, Armanis, Versaces and Fendis are still present in the brands that bear their names. The same is true at Ferragamo – possibly only rivalled by the Missoni sprawling dynasty, there are six members of the family working for the brand, across three generations. The difference? While the Missonis have made their perfect cross-generational lives into adverts shot by Juergen Teller and featuring pasta made by Nonna, we know almost nothing about the Ferragamos.

Here’s the crib sheet: Salvatore Ferragamo founded his shoe company in 1927. When he died in 1960, his widow Wanda (who still comes into the office every day at the age of 91) went from mother to businesswoman. She was joined by her six children, with the eldest, 17-year-old daughter Fiamma, involved from the start. Fiamma, the only child to have worked by her father’s side, invented the Varina – the signature ballet flat with grosgrain ribbon bow, based on her father’s Vara pump – in 1978, but died 20 years later. Now, Wanda is honorary chairwoman and she is flanked by four children and two grandchildren – James, the New York University-educated, dashing 40 year old who oversees women’s leather products, and Angelica, the more understated cousin who once worked for Buitoni pasta and is now Ferragamo’s retail director for Italy.

So what are the Ferragamos like? If the Missonis are boho hippy jetset, the Armanis are all business and the Versaces represent drama, think of the Ferragamos as the Medicis of fashion. Their shtick is culture. While the Medicis were patrons to Michelangelo, Leonardo Da Vinci and Donatello, the Ferragamos have helped to restore monuments in Florence and sponsored the exhibit of Da Vinci’s 1501 painting of Saint Anne at the Louvre this year, hence that fashion show. “We contribute in any way we can to maintain what we have here,” says Ferruccio. “It’s an honour to support the monuments, the paintings, the treasures.”

“Here” is Florence – a city as fundamental to the Ferragamo story as it was to the Medicis. The family has been based in the city since the beginning. Salvatore, who made his name in early Hollywood – Mary Pickford, Lillian Gish and Gloria Swanson were clients – returned to Italy, but not to his native South. Instead, as he wrote in his 1957 autobiography, Shoemaker of Dreams, “this beautiful city, with its centuries of wealth in art and its long traditions of noble leatherwork,” would be his home. He promptly set up his business in a palazzo built in 1289 and his company’s HQ has remained there ever since.

Salvatore, who is something of a renaissance man – he also studied human anatomy and patented a design for a leg splint – loved shoes to fit (his autobiography has pages devoted to feet) but his footwear designs were also radical. As well as inventing the wedge, he used Cellophane, bark and cork in his sometimes fantastical designs. “He had interesting materials and changed heel shapes,” says Rebecca Shawcross, curator of the Northampton Shoe Museum. “Shoes like this are everywhere now, but women then would have looked at them and gone, ‘Wow.’” The most famous of these is probably the Rainbow – a bulbous, multicoloured platform sandal originally created for Judy Garland in 1938, and able to compete with the Alexander McQueen armadillo heel in the extreme shoe trend today.

By contrast, Ferragamo now concentrate on classics. Wanda added accessories and ready-to-wear, all with a very Florentine appreciation of classical beauty. It’s chic and, Thatcher dalliance aside, conservative with a small c. “It has a timeless element to it,” says James, of the family aesthetic, “something you cherish beyond one season – but also feels relevant.” Penny Martin, editor-in-chief of The Gentlewoman, is among the fashion insiders who appreciate that relevance, particularly in the Vara 1 – a pump with a little block heel. The shoes “feel authentic and uncompromised in their design, like something from another time that still speaks so clearly,” she says. “There’s something quite young-Princess Margaret about them,” adds Emma Elwick-Bates, market editor at Vogue. “I personally wear the Varina pump, a perfect preppy classic to dress up ripped jeans.”

“Whatever circle you’re in, if you look down and see a pair of Ferragamos they know a bit about you,” says Shawcross. Wearing a pair of Ferragamos says you’re part of a cultural elite that appreciates slowly evolving design over the fickle nature of fashion – a very Florentine principle, in fact.

“It has an ability to renew itself, keep itself alive,” says James, of his home town. The same could be said of the Medics or, of course, the Ferragamos.

By: Guardian.co.uk
Photograph: Courtesy of Ferragamo