Magazine Made in Tuscany 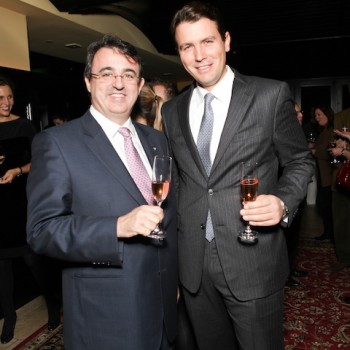 Nothing resonates luxury quite like Relais & Chateaux, and in 2013 a whopping 36 new properties are becoming members of the association. To celebrate this exciting news, the company hosted a star-studded party at NYC’s Del Posto restaurant where guests sipped 38 different Italian wines and nibbled on dishes from the hotel’s newly-announced Grand Chefs, such as bay scallop crudo with Meyer lemon and celery, chickpea farinata.

Following in the footsteps of Richard Gere and other notables, Salvatore Ferragamo has been named the Relais & Chateaux official ambassador. Ferragamo, whose grandfather is the world-famous shoe designer, has owned and operated Il Borro, a vineyard and property accommodating 160 guests in Tuscany, for the last 12 years, and he has always been a fan of Relais & Chateaux. As ambassador, Ferragamo will travel all over the world promoting the brand.

The new official video of the supercar Evantra

Today is 2 years of Made in Tuscany. 400 companies chose to keep together.
firenze italo fontana luxury made in tuscany ponte vecchio u-boat watches
MADE IN TUSCANY
Potete inviare i vostri comunicati ai recapiti della nostra redazione.
Via Rosai
P.O. Box: 14
San Giovanni V.no, Arezzo
52027
IT
info@madeintuscany.it
Phone: +39 055 9110694
Tweets di @made_in_tuscany
Menu ✖
This website uses cookies to improve your experience. We'll assume you're ok with this, but you can opt-out if you wish.Accept Read More